A Spiritual Springtime for American Orthodoxy

And no doubt it can also be touchy for the many Orthodox Christians in America who are from traditionally Orthodox cultures who are not Greeks. We eventually will figure it out, I think.

Roman Catholics in America for a long time were pretty ethnicity-bound, as well everyone knew which was the Polish church and which the Irish , but now hardly anyone expects a Roman Catholic to be from Rome. We are also free of the churning wars of worship innovation that seem to keep Evangelical blogdom busy and inspire laments among traditional Catholics. Neither new morality nor Novus Ordo for us. In the Lehigh Valley of Pennsylvania where I live, for instance, there are nine Orthodox parishes with six bishops governing them, none of whom live anywhere near here. Parishioners can literally shop between different Orthodox churches in their area to find the one whose policies and traditions suit them best.

Find another parish. This problem also drains our resources. Instead of a single department of Christian education we all have the same faith, after all , we have several. I n the late nineteenth and early twentieth centuries, several waves of Orthodox immigration arrived nearly simultaneously in America, and they brought with them their own traditions, customs and clergy. And it only seemed natural for most of them to keep connections back home going strong, including through their churches.

Communism in Eastern Europe and the break-up of the Ottoman Empire affected traditionally Orthodox lands in profound ways, sending out immigrants across the world and dividing Orthodox people against each other. Orthodoxy in America became splintered not just along ethnic lines but along political lines, as well.

And sometimes ethnic divisions even became microcosmic, with different factions sharing everything about their culture except the particular village of origin back home.

But there is hope. Many of the divisions have healed. And most of the college students who participate in Orthodox Christian Fellowships OCF on campus connect with each other more on the basis of common faith than common culture. O urs is only one such assembly.

The overlap problem is not unique to America. We have just begun. But what has already been achieved, thanks to the infusion of zealous converts into the Church, the fall of Communism in Eastern Europe, and the possibilities that now exist for communication and interaction among committed Orthodox Christians in all parts of the world, is truly amazing. The hopes that this engenders among us, with the challenges that it presents, are overwhelmingly positive. The past forty years has witnessed an amazing liturgical renewal in all Orthodox churches in North America.

Lenten services were not those prescribed in the Lenten Triodion. The Liturgy of the Presanctified Gifts was virtually unknown.


A good number of faithful people attended these services. But few understood much of what was going on, except in an pietistic and emotional way. Lay people received Holy Communion but once or twice, or at most four times, a year, either with Confession required before every act of Communion, or no Confession at all.

Preaching and teaching, especially Sunday and Festal sermons and parish educational programs, are generally better prepared and more effective than they were forty years ago.

There are more educated preachers and teachers nowadays who work at their craft, virtually all of whom can function with some measure of competence in English. But, sad to say, it seems to me that the majority of preachers and teachers are still poorly prepared and do not work very hard, if at all, to improve their products. This is tragically sad since the resources to produce first rate sermons and classes are virtually boundless today compared to what was available four decades ago. The past forty years has witnessed an explosion of liturgical resources and materials.

Competent translations of virtually all liturgical services and offices are now readily accessible. Excellent liturgical books are available, with texts and rubrics. Music from all the various Orthodox traditions is also readily available, with many excellent renderings in English. Iconography has also come into its own.

Excellently crafted reproductions and excellent originals done by truly talented artists now abound. Beautiful new church buildings are being constructed. Many societies and organizations now exist, such as PSALM and HEXAMERON, where those involved in liturgical matters meet, discuss, work together and also, of course, disagree and argue a bit, for their professional improvement and the spiritual benefit of the faithful people who profit from their labors. Time will tell how all this works itself out, and what lasting spiritual fruit it will bear. 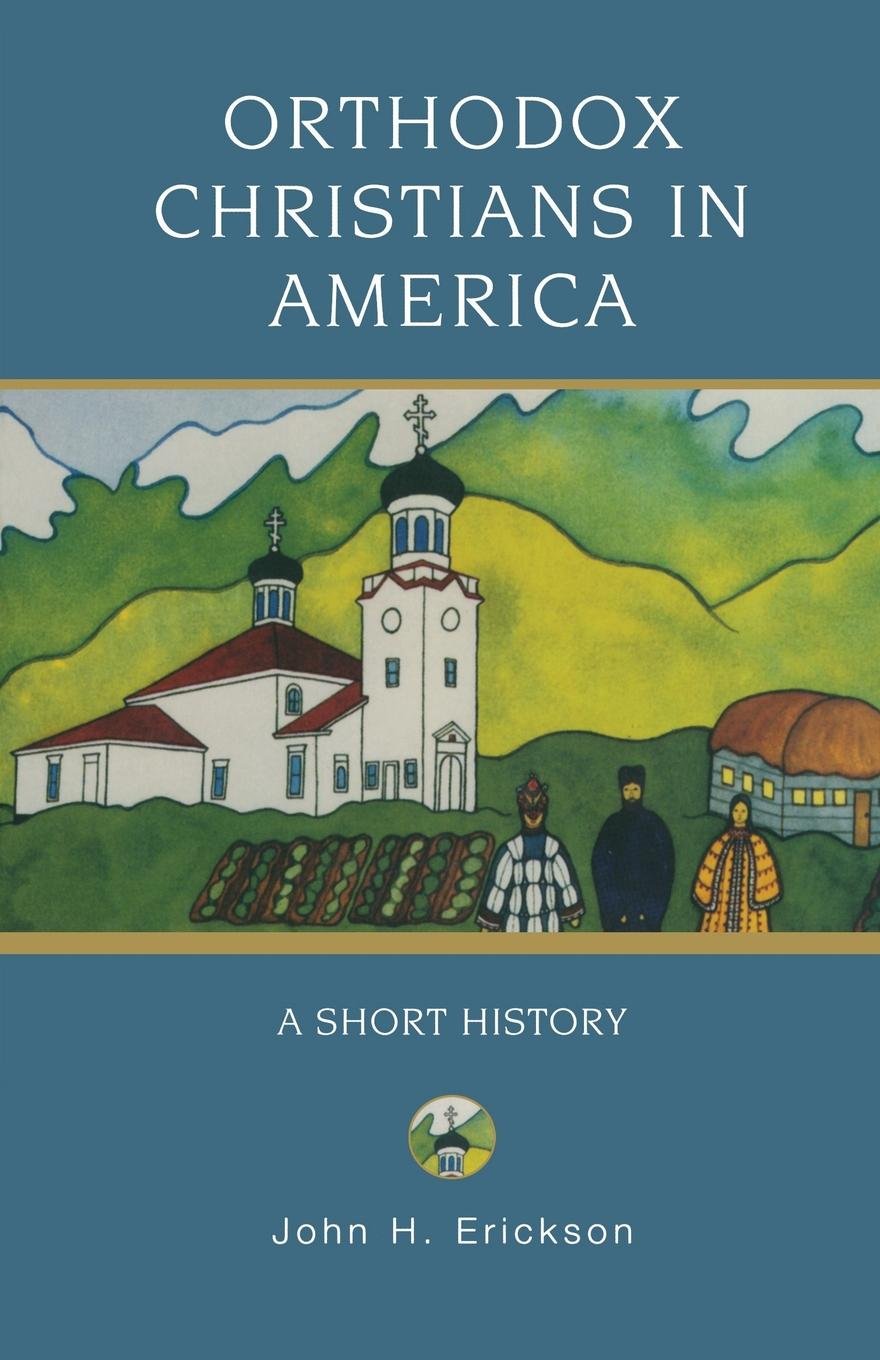 But the amount of people and the number of activities and projects in this critical liturgical area of church life is truly significant and gratifying. Forty years ago there were a bit more educational resources. Today there are more publishers and publications, books, journals, educational materials and audio and video recordings in English than can possibly be counted, let alone carefully read and listened to. The quality and content of these publications, of course, varies greatly — as do that of the music and icons and architecture already noted, but products of highest quality are available to inform, instruct and inspire their users in the truth, goodness, beauty and power of God.

In recent years we also have radio and television programs in many parts of North America with serious and relevant content and quality. Theological education in North American has never been better organized, presented and accomplished, with more and better qualified teachers and students, than it is today.

And there has never been more effective cooperation among those engaged in this crucial work. Competition and mutual criticism still exist, as is to be expected. This is not surprising, and is even quite beneficial when done with love and respect. The competence and cooperation among the greatly increasing number of Orthodox scholars in North American theological schools and institutes, and, more and more, in colleges and universities, has never been greater and richer.

The Orthodox Theological Society in America, now more than thirty years old, is a splendid witness to this wonderful achievement, as are other gatherings of scholars in various areas and disciplines. It may also be noted that among the most marvelous facts of the last seventy years of American Orthodox history the one dearest to my heart is that no major disagreement or animosity ever occurred during this whole time between the faculties of Holy Cross Greek Orthodox School of Theology in Brookline, MA and St.

And today harmony and good will exists among all of our Orthodox theological seminaries in the US and Canada, without exception. Virtually every Orthodox church in North America today has some sort of educational program to instruct people of all ages in the Orthodox Faith, and not simply to introduce them to a language and cultural heritage of an old world country.

Plentiful and dependable materials and resources exist for these programs produced by the Orthodox Christian Education Commission and the various jurisdictional and diocesan educational departments, as well as our Orthodox theological schools and publishing houses. This work was just beginning forty years ago.

In addition to parochial and diocesan educational programs, a number of full-time Orthodox schools such as our Three Hierarchs Eastern Orthodox School in Pittsburgh have been established. Forty years ago no such schools existed. Until just a few years ago there were virtually no supra-parochial or supra-diocesan activities for American Orthodox high school students that were not of a solely social, cultural or athletic character. Now there are such programs, almost all of an inter-Orthodox nature, whose purpose is to deal directly with the spiritual lives of teen-agers in order to assist them in seeing themselves, their studies, their vocations and their relationships in the light of Christ and the Gospel.

Other programs on more modest and less well-organized and well-funded levels also exist for this purpose at our seminaries, and at places like Project Mexico. There are sure to be more of them as time goes by. Also, Alexandria, the city in which St. Athanasius was born and raised, was, in the first few centuries of Christianity, "a pluralistic place, full of variety and within the Christianfold of a wide range of contrasting beliefs, especially about the person of Christ," Father Harakas said.

Athanasius stands out as a model for the Orthodox Church to prepare for its future in the United States. Father Harakas said Orthodox Christians have "a message and a way of life" that they must present as "an alternative to the morally and spiritually down-spiraling contemporary American lifestyle. Christianity in the United States faces a challenge in that the secularizing spirit of Europe will continue to spread in the fabric of American life, Father Harakas said. We must believe that we are free to be Orthodox Christians and that we will be good Americans if we affirm our identity as Orthodox Christians, while acknowledging that others have the same right.

Father Harakas emphasized the importance of teaching youth about the faith, referring to St. Athanasius, who was brought early in life under the immediate supervision of the church in his native city of Alexandria. Joseph M. McShane, S. He examined and explored the topic with great honesty and with great breadth of wisdom as well as learning.